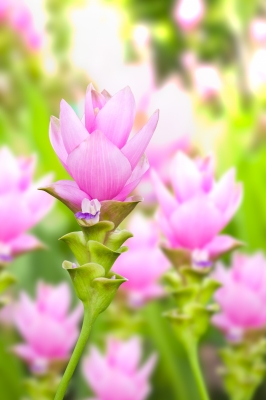 It just baffles me how people want to blame bankers, real estate agents, loan officers, appraisers, etc.. for the real estate bubble. The real estate bubble, just like any other bubble was caused by a frenzied increase in demand from a new influx of buyers willing to pay more to obtain the desired item. The bubble bursts when everyone realizes what they’re doing doesn’t make sense and also realize that the price for their coveted item is unjustifiably too high. Throughout history, there are several examples of this happening. The examples I’ll focus on are:

Probably the most famous bubble in history occurred in Holland around 1634 involving tulips. In 1634, tulips increasingly became popular and were starting to be craved by Holland’s citizens. Tulips came in many colors and varieties, some more rare and desirable than others and it was a complete mystery until the bulb bloomed what the color or variety would be. This mystery coupled with high demand for certain varieties created a speculative market. In the beginning, tulip bulbs were primarily the interest of the wealthy however as the fad continued, tulip bulbs also became craved by the middle-class and the poorer families. The extra buyers created an increase in demand and a shortage of supply sending prices to premium and unrealistic prices. At the height of the fad, people mortgaged their homes and their businesses to buy bulbs in hopes of selling them for a profit. I guess you could call it “bulb flipping.” People were paying as much as $1000 in today’s dollars for a single bulb. It got to a point that the proud owners of a tulip bulb became so protective of their tulip investments that they didn’t want to risk losing them by planting them so they prominently displayed the bulbs in their home. Tulips became a highly traded commodity and traders could earn as much as the equivalent of $61,000 in today’s dollars trading them. Then, one day a trader forgot to show up and pay for his bulb purchase. Panic ensued. Prices dropped, fortunes were lost. Sound familiar?

The highly popular US stock market of the late 1920’s was proclaimed as evidence of a “new era” of our economy. The market was flooded with highly leveraged buyers, both businesses and individuals taking advantage of credit to finance the purchase of large amounts of stock. Investors took advantage of broker provided margin accounts. A large amount of the investments were in new technology companies like the automobile industry, aircraft industries and other emerging technologies. The stock market began to attract a large public following. Everyone from wealthy businessmen to taxi drivers were focused on making money in the stock market. If this sounds familiar to the Dot Com bubble, it’s because it is. On September 3, 1929, the Dow Jones reached its high for the year before the bubble started to burst. October 24, which became known as “Black Thursday,” was the starting point of the “Crash of 1929.” The market started to fall and panic ensued. The rest is history. Supposedly, Joseph P. Kennedy knew that it was time to sell all of his stock and avoid the crash the day he received stock tips from a taxi driver.

This is the first US bubble that I experienced personally. Back when the Internet was in it’s infancy as a consumer medium and not just a method of communication between the government, universities and scientific institutes, new companies were popping up daily and becoming richly successful. Twenty-somethings were starting up companies in their parents’ garage and selling those companies a few years later for millions. Many millionaires were made in this business simply because they had nothing more than an idea that people were lining up to invest in. Private investors bought into these companies and made millions when the stock went IPO (inital public offering). The rest of us rushed to invest in these companies and make our fortunes. Every time a new dot com stock went public, it soared. What no one took the time to consider was that none of these companies were making any money. Most of these companies would NEVER make any money the way they were designed and basic business financial principals proved that from the start but nobody cared. Eventually it got to the point that people were forming companies around e-commerce sites that had no chance of breaking even or making a profit just to attract investors. Venture capitalists, hoping for internet riches, dumped tons of money into tech companies. Investors also rushed to buy shares of these companies as they hit IPO and after. The day common sense took over and IPOs started to flounder, panic ensued. Once funding was lost, all of the dot com business models that were not capable of making a profit failed and the businesses using those models disappeared overnight. Too many people were focused on making millions and not focused on the aspects of the business or the product they were selling.

Today we face a new bubble, real estate. Starting in the early 1990s, the US Government passed several laws that lowered lending standards so more people could afford homes. This lowering of lending standards created many new entrants into the homebuying market and quickly reduced the housing supply which raised home prices at a steady but aggressive pace. This increase in home values created an economic boom in new-home construction and people started looking at houses as an investment or a way to retire wealthy and it seemed like everyone was buying a house. The real estate market grew and the bubble formed as a result of the lowering of lending standards, the variety of specialty loans designed to allow buyers to borrow more while paying less, and the mindset that a house was a sure-fire investment that could never lose money. Everyone rushed into homeownership or buying homes as an investment. Even bartenders, hair stylists and other types of people usually not known to invest in real estate bought as many investment properties as their credit would allow. It reminds me of the taxi driver giving stock tips to Joseph Kennedy. Once housing got to a price that no one wanted to buy, the market crashed and the economy that supported the real estate demand crashed with it. Eventually the economy will recover and housing will regain its value, but it may take years before houses in some areas recover fully. In other areas, they never will.

Blame the Buyers for the Bubble Bursting

In all the cases mentioned, there was a lack of common sense and rationality in consumer behavior. People spent more than they could afford for a product priced far above it’s worth. Don’t blame the bankers for giving you the money, or the tulip bulb grower for cultivating the bulb, or the stock broker for giving you a margin account, or the real estate agent for showing you the house you bought. You made the decisions of what to buy, when to buy, where to buy, how much to spend and how to finance it. No one forced you into it.

Is Gold a Future Bubble???

Gold is estimated to cost around $634/ounce to mine and form into tradeable bars. Right now, people are paying $1600-$1900/oz for that same bar. Some companies are even letting you buy gold with only a 10% downpayment and putting the rest on a payment plan.  I know what you’re thinking, “But gold is safe, everyone says so.” Everyone said the same thing about the other bubbles too, right before they crashed. Are you getting your advice about gold from a taxi driver, hairdresser or waiter? Maybe you should do like Kennedy did in the 1920s.