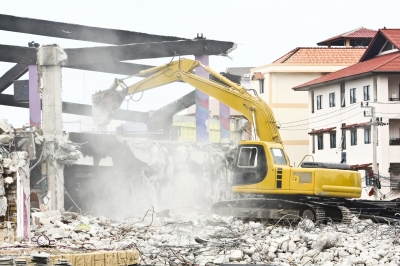 Created by Surachai courtesy of FreeDigitalPhotos.net

P.J. Deller Excavating & Hauling, a demolition company contracted by the City of Pittsburgh accidentally tore down the wrong house due to an address mix-up. Ooops?

“P.J. Deller Excavating & Hauling was hired [by the City of Pittsburgh] to tear down the home immediately next door, and although it did so, it is accused of also demolishing” the home next door belonging to Andre Hall. I guess they just threw that one in for free. Now Andre Hall is trying to find out who’s responsible for the mix-up. Can someone say “lawsuit?”

Apparently this is not an isolated case. The same thing happened in to a 69 year-old woman living in Denton, Texas last April.  “Denton City records show the house that was supposed to be demolished, at 721 Ruddell St.,  was ordered in January to be repaired or torn down, due to unkept lawns, outside storage, junked vehicles and failure to secure the structure.”  She owned the house at 724 Ruddel Street, across the street.  Over half of her house was destroyed before catching the error.

I think I’ll stop by the hardware store and buy some BIG house numbers to make sure my address is clearly visible from the curb, or better, visible from anywhere on the entire block.

With address mix-ups resulting in the wrong houses being foreclosed on by the banks or torn down by local governments, is it safe to be leave our houses for the day or for vacation?

2 thoughts on “Wrong House Gets Demolished By Accident”